Instant messaging application WhatsApp has said it will not delete accounts of users who are yet to accept its controversial privacy policy update on the May 15 deadline.

WhatsApp has deferred its May 15 deadline for users to accept its controversial privacy policy update and said not accepting the terms will not lead to deletion of accounts.

The company did not clarify the reason behind the decision and did not disclose the number of users who have accepted the terms so far.

The main reasons for Deferment are: 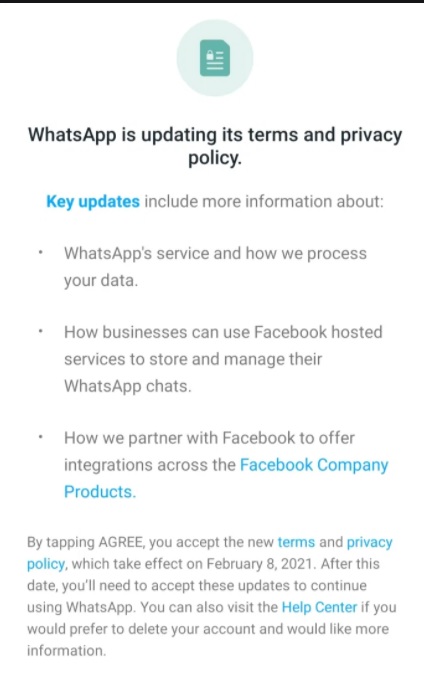 The users did not get complete information about the policy

1. There was very little information about the new privacy policy for users. It is assume that WhatsApp will share private information, chats of users with Facebook, and because of the ambiguity around new policies, several users migrated to other messaging apps like Signal and Telegram.

2. Apart from protests from users, the Ministry of Electronics and Information Technology (MeitY) had also sent across a strongly worded letter to the global Chief Executive Officer of WhatsApp, Will Cathcart, asking him to withdraw the new privacy policy.

“While the majority of users who have received the new terms of service have accepted them, we appreciate some people haven’t had the chance to do so yet. No accounts will be deleted on May 15 because of this update and no one will lose the functionality of WhatsApp either. We will follow up with reminders to people over the next several weeks.”

The spokesperson added that the company has spent the last few months working to clear confusion and misinformation. “While the majority of users who have received the new terms of service have accepted them, we appreciate some people haven’t had the chance to do so yet,” the spokesperson said.

WhatsApp clarifies that the changes were necessary to help businesses through WhatsApp Business, to facilitate communication between businesses and customers.